The 4 Principles of K4

1.We get it done. K4 is made up of an experienced team of problem-solvers. Our clients' obstacles are our inspiration.

2. We are nimble and responsive. We truly listen to our clients and develop agile solutions grounded in proven technology and common sense.

3. We take business personally. We operate under the golden rule and a philosophy of mutual respect, both with our customers and among our employees.

4. We give back. K4 is passionate about giving back to the community we serve. We have radical contribution practices – donating 10% of our profits yearly to charitable causes and personally volunteering to meaningful causes throughout the year. 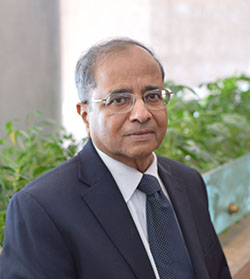 Nat oversees K4’s operations and business development.  Nat has managed to keep the company debt-free while generating enough cash-flow to fund quick and powerful growth. His colleagues know him as a humble, yet talented, leader and mentor.

Nat attributes his success to his deep respect for his colleagues and peers. While his engineering talent helped him develop professionally, what helped him most was his ability to listen to, understand, and develop solutions for the needs of his clients. Nat is an expert in identifying and leveraging people’s strengths, and he’s used that skill to help develop an efficient, creative team at K4 Solutions.

Nat is particularly proud of the alignment between K4 Solutions’ business practices and the personal ethics of its leadership team. He takes pride in K4’s commitment to put customers first and to serve them with honesty and integrity. When a client asks for something, K4 gets it done.

Nat graduated with a Bachelor’s in Civil Engineering from the world-renowned Indian Institute of Technology, Madras (IIT). He came to the United States in 1966 to earn his PhD in Structural/Aeronautical Engineering from Carnegie Mellon, but left PhD program after earning his Master’s in order to help his parents send his younger brothers to the States.  In 1983 he earned his MBA from the University of Pittsburgh.

Nat spent the early part of his career—nearly 25 years—working in engineering for the Steel industry in Pittsburgh, PA.  At the premiere steel company in Pittsburgh, Shenango, Inc. he was quickly promoted from Project Engineer to Chief Engineer and then Division Executive of the $250 million company, overseeing 2,500 people across 2 plants.

In 1990, he joined Cornet Technology as the General Manager of the Federal Division, and worked for 15 years with high profile military clients, including the Navy.

Nat was prepared to retire in 2004, but his daughter Sumi, CEO and Founder of K4 Solutions, decided that he was too young to call it quits and asked him to join her company. He has now been with K4 for 10 years, and he is proud of both the company’s growth and their commitment to corporate social responsibility.  He currently serves as the Pesident of K4 Solutions, and has led its growth from $2 million to $20 million in revenue.

In his spare time Nat meditates and spends time with his family. He sees the good in everyone, and uses his faith to understand people and their needs. If he weren’t at K4 Solutions, he would be sitting on a beach enjoying nature.